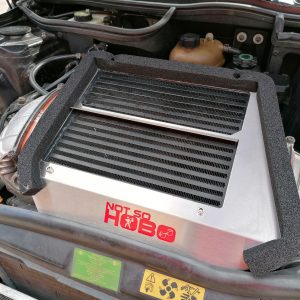 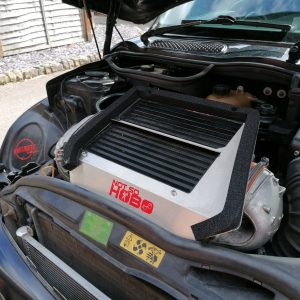 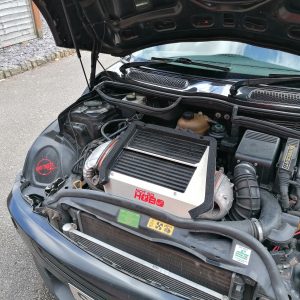 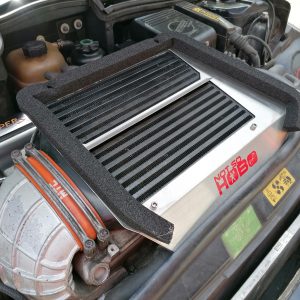 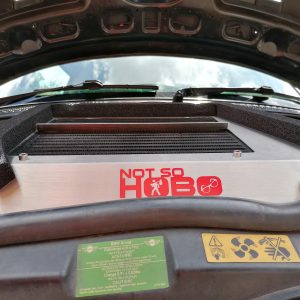 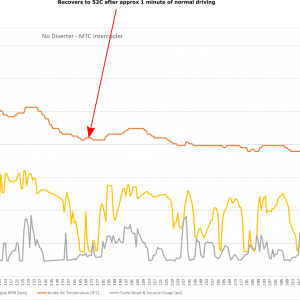 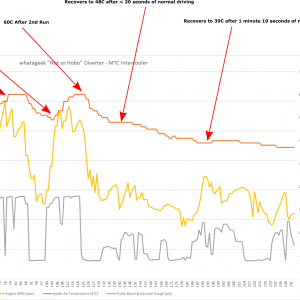 The budget inter-coolers available on eBay (often referred to as the MTC or ‘hobo’ inter-cooler in mini circles) are surprisingly good for the money, except they lack adequate air flow control which renders them almost useless and have much worse performance than even a standard OEM inter-cooler resulting in higher intake air temps and a much longer temperature recovery time.

This air diverter solves that problem by creating a good seal between the bonnet and the inter-cooler and channelling the air flow from the front bonnet scoop into the inter-cooler.  Data logging shows a huge improvement in both cooling and recovery temperature time (data log graphs are pictured to show the gains possible).

Easy to fit, it simply requires the oem diverter to be removed from under the bonnet and four brackets to be fastened to the intercooler (weld, epoxy or adhesive tape).  The diverter then attaches with four bolts.

Made from high quality 1.2mm Stainless steel and supplied with four brackets, four bolts and foam strip all you need to add is an adequate adhesive for the brackets.

Supplied unpainted, but the foam strip and decal are supplied unattached so you can easily paint it if you want.

There are no reviews yet. 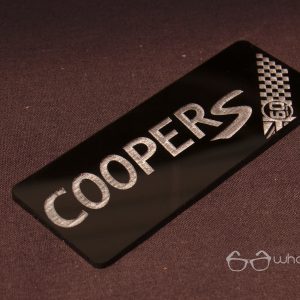 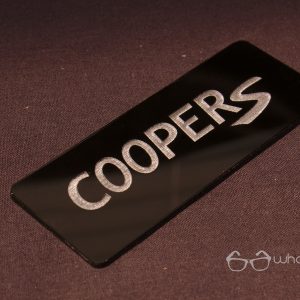